the project was commissioned by swedish developer riksbyggen to commemorate the growth of kiruna’s urban landscape which involves the relocation of entire city districts in response to ground subsidence caused by decades of iron ore mining. bigert & bergström’s response saw an oval-shaped sauna being created as a symbol of rebirth and as an homage to kiruna’s iron ore fields. a delicately-framed staircase reveals the entrance, an opening that appears to have cracked open to invite guests inside. the multi-faceted character is continued inside but instead, finished in pine wood. at the center, heat is emitted by a heart-shaped wood-fired burner.

Watch this quick tour via Designboom: 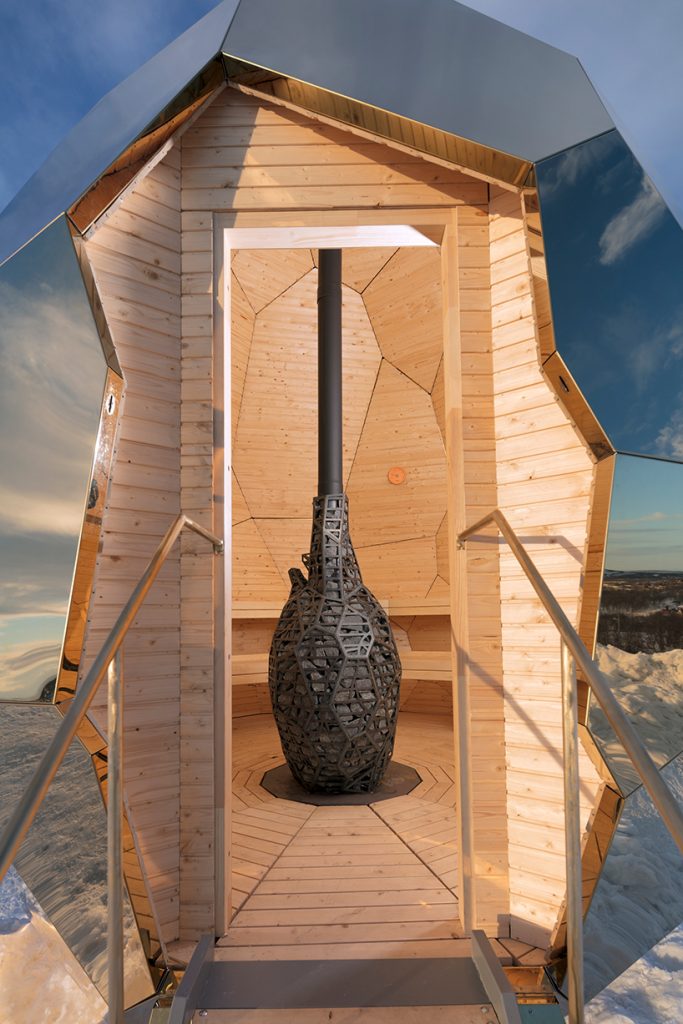 I love this project, I find it fascinating all the modern and innovative ideas that happens around the world.

“Creativity is just connecting things. When you ask creative people how they did something, they feel a little guilty because they didn’t really do it, the just saw something. It seemed
obvious to them after a while.” Steve Jobs