I love Museums. To me they can be a unique interactive experience,  getting up close to things we usually only see in books, newspapers or on television. The perception you get of from a second-hand source is often completely different to the one you get when you see something with your own eyes.

A record 6.3 million people visited the Metropolitan Museum of Art in New York last year, the highest total since the museum began tracking admission statistics more than 40 years ago. The Met’s previous attendance record—6.28m—was set in 2012, one year before the museum began opening its doors seven days a week. On average, visitors paid between $10 and $11 for admission, less than half of the Met’s suggested fee of $25, according to the New York Times.

The latest figures re-affirm the Met’s status as one of the most visited museums in the world, alongside the Louvre in Paris (9.3m visitors in 2014 according to our annual attendance figures survey) and the British Museum and the National Gallery in London (6.7m and 6.4m visitors, respectively).

The Met’s figures, which cover the fiscal year that ended on 30 June, were buoyed by the blockbuster Costume Institute exhibition China: Through the Looking Glass (4 May-7 September). The exhibition, which demonstrates the influence of Chinese art and fashion on Western designers, drew 358,381 visitors during the fiscal year.

Open for six more weeks, the exhibition is expected to boost next year’s attendance figures as well. It has drawn an additional 176,619 people in the past month and is now on track to surpass another record-breaking Met exhibition: Alexander McQueen: Savage Beauty, which drew more than 661,509 people to the Met in 2012. However, based on daily visitors, rather than total visitors, Savage Beauty will be tough to beat. The show saw daily attendance of 8,025, while China: Through the Looking Glass has been drawing just below 6,300 visitors each day. 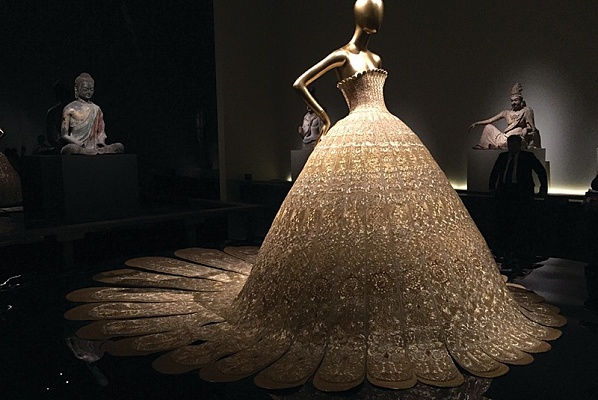