I love nature because when I am around it, I feel peacefull and connected to all my senses .  I can feel the energy between all living things.

One of my favorite things are clouds. I love to watch all the different types of formations and how the sky can dramatically change from one day to another. Nacreous clouds are my #1 favorite, what is yours ?

Named for their smooth, lentil-like appearance, altocumulus lenticularis clouds  are believed to be one of the most common explanations for UFO sightings. These spooky forms appear downwind of mountains.

Named for the French “nacré”, meaning “mother of pearl”, nacreous clouds form close to the poles in the extreme cold of winter. When air temperatures drop below -83°C, small amounts of moisture in the otherwise dry stratosphere condense into wispy clouds of ice crystals. 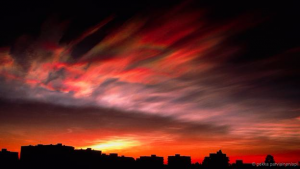 Asperitas clouds are so unusual, they weren’t officially recognised until June 2015. They are the first new type of cloud to be identified in over half a century. They consist of dark, chaotic waves that seem to swirl and tumble haphazardly across the sky. 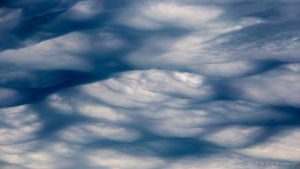 One of the rarest and most fleeting formations, this cartoon-like breaking wave is the Holy Grail for many cloud-spotters. It occurs almost everywhere in the world and at all levels of the atmosphere. But it only lasts a few minutes before dispersing without a trace. 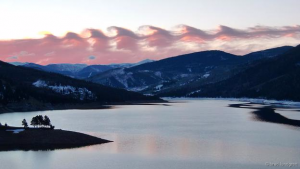 Supercells are the least common kind of thunderstorm. Their destructive might is second only to hurricanes.

What sets them apart from regular violent storms is a persistent rotating updraft called a mesocyclone, which allows the storm to sustain itself over many hours. 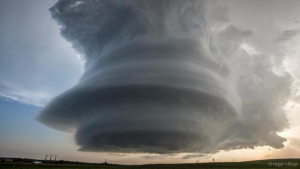 These clouds form high in the sky, and the afternoon sun catching their underbellies gives them a dappled, silvery sheen.

When gentle ripples begin to form across the entire sky, it’s a good bet that the storm or its remnants will arrive. 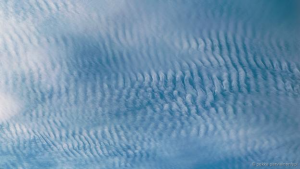 Mammatus clouds are rounded, pouch-like protrusions that hang from the undersides of clouds. Their name derives from the Latin mamma, which means “udder” or “breast”, and they can extend over many hundreds of miles of cloud. 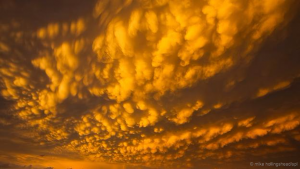 Not an official cloud classification but rather a “supplementary feature”, virga form when rain or snow begins to fall but evaporates or sublimates in mid-air. They look like a sky full of floating jellyfish, their dangling tendrils being swept away by the wind. 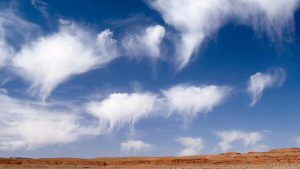 Also known as hole-punch clouds, these are holes or slashes that appear in layers of mid-to-high-level cloud, when a patch of moisture suddenly starts to freeze and fall.

Like lenticular clouds, they have been mistaken for UFOs, but they are arguably at their most dramatic at sunset, when they appear like fiery wounds to the sky. 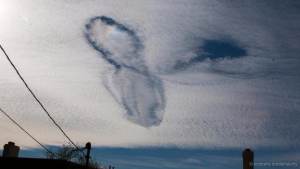 You can see original Article here.