30 days worth of footage stitched together to form 7.5 minutes of disjointed cultural happenings

I find this pretty cool!

Everyday for 30 days this summer, Doug Aikten grabbed his camera and shot one 15-second film. (Aitken is a multi-media artist best known as the mastermind behind Station to station, the roaming art exhibit that carted dozens of artists from NYC to San Francisco on a train.) Aitken’s films, which chronicled the goings-on at the Barbican’s recently-closed 30- day happening, were as diverse as the exhibition itself.

In one, Aitken captures Thurston Moore as he strummed his guitar. In another, a bedazzled woman shows off some very impressive hoola-hooping skills. Aikten filmed painters painting and drummers drumming. There’s a fantastic clip of Beck playing a harmonica somewhere in there, too. Aitken unspooled this footage piece by piece on Instagram, where the mini-films lived as homages to the creative process.

The film, like the art it depicts, isn’t about constructing a cohesive narrative as much as it is about celebrating creativity in all its messiness. 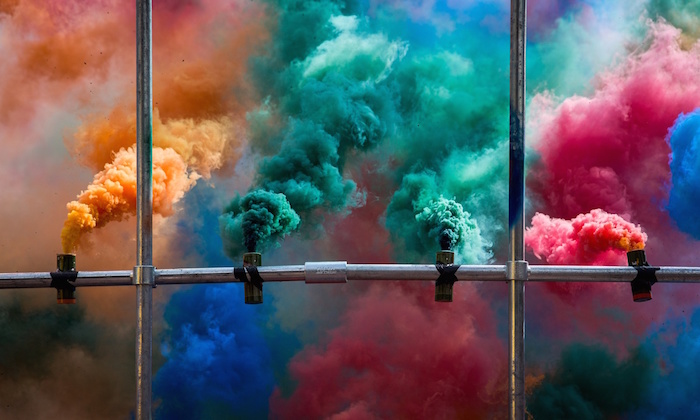 “One must still have chaos in oneself to be able to give birth to a dancing star.”
-Friedrich Nietzsche