Who was The Muse Behind Gustav Klimt’s Masterpiece

Gustav Klimt fascinates me. If you love his art as well, You have to check out this showing.

Adele Bloch-Bauer was a Jewish bourgeois salon matron living in Vienna in the 1920s. She commissioned the work of Austrian artist Gustav Klimt. She was his patron. In her bedroom, she kept a photo of Klimt standing outside his studio, where she would pose for him. Their friendship would last almost 20 years.

But who was she, this woman immortalized in gold? What were her hopes and dreams, failings and aspirations? And what did she see in Klimt?

You won’t find these answers in the Hollywood film “woman in gold”  a historical drama starring Helen Mirren and Ryan Reynolds, which centers on the dramatic legal battle for the restitution of five Klimt paintings which were seized by the Nazis from Adele Bloch-Bauer’s Vienna townhouse during World War II.

A fuller picture of the patron and her artist is now showing at “Gustav Klimt and Adele Bloch-Bauer: The Woman in Gold,” an intimate exhibition at the Neue Galerie museum in New York, now on view through September 7, 2015. Entering the second floor of the Neue Galerie museum, visitors are first struck by Klimt’s masterpiece, the Woman in Gold herself. In an adjoining room, a display of approximately 50 works, including paintings, archival sketches, and rare photographs of Klimt and the Bloch-Bauer family are arranged with elegant simplicity.

“I was really struck by the importance of making it easier for the public to approach these icons of the early 20th century,” said Neue Galerie curator Janis Staggs, who organized the exhibition. “Klimt is one of the most important, renowned artists of his generation. When they’re put on that pedestal, it’s hard to see them for what they really are.”
After the success of Anne Marie O’Connor’s book The Lady in Gold, and the Woman in Gold film release in April, the Neue Galerie made it an “imperative” to provide a more complex reading of the artist and his patron. 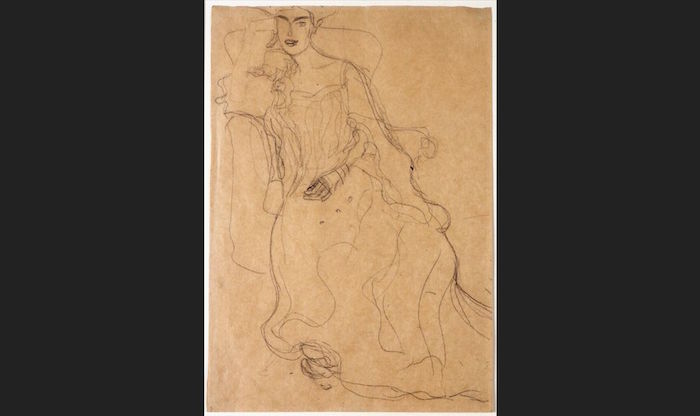 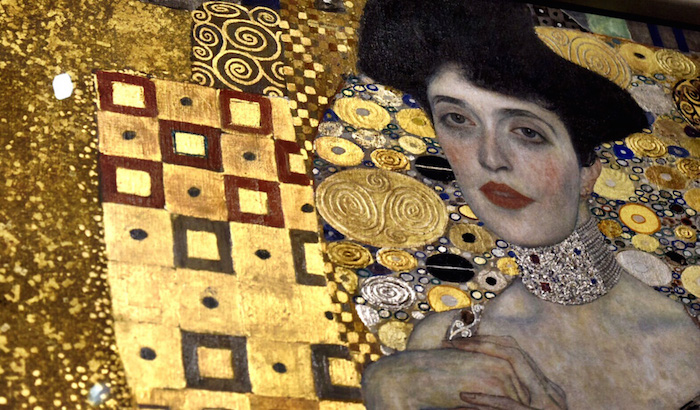